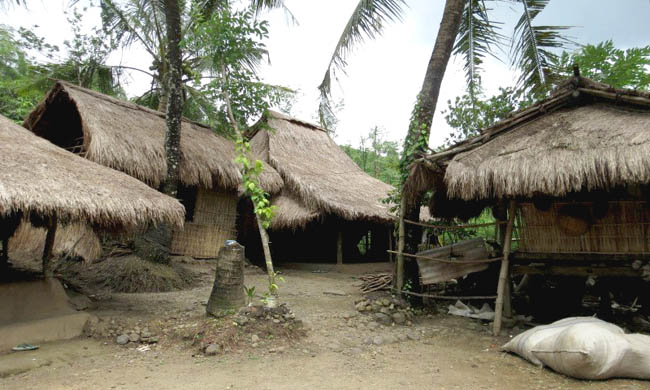 Apart from Bali Island, Indonesia owns many other beautiful islands for tourists to explore. Lombok Island is for the example. It is the alternative to Bali, which also owns charming beaches and mountains. Moreover, tourists can visit the local villages where they can learn the culture of Sasak Tribe and enjoy any available traditions. When it is about villages in Lombok, lots of travelers might think about Sade. It is not the only one, though. Near to Sade, a serene settlement is located namely Ende. It belongs to Pujut Sub-District and it is the home of Sasak Tribe in Indonesia.

The Nuance
Like its neighbor (Sade Village), Ende features peaceful atmosphere, traditional houses, friendly villagers, local animals, etc. Even though the locals live in a traditional way, they look happy and healthy! For tourists, such uniqueness is definitely amusing. The reason why villagers do not adapt the modern culture is that they want to retain the traditions of their ancestors. Not to mention they live in an area of 1 hectare. This simplicity never fails to amuse visitors, though. On top of that, the village features natural scenery like mountains, trees, etc.

Exploring Ende Village
The first thing tourists can do in Sade Village is to learn how to wave fabrics. It is because the locals who live in Lombok are good in creating Songket (traditional fabrics). Not only it is beautiful, the woven fabrics are considered valuable. According to the locals, girls who have not ever made it are not allowed to get married. That is the culture of Sasak Tribe, after all. The next thing tourists need to know about local marriage is that the people in Sade usually marry their relative. It is possible to propose someone from another village, but it costs lots of money.

The majority of people who live in Sade Village are Moslems even though they were once the believers of Watte Telu. Despite the influence of Islam, the locals do not leave their traditions. The mixture of local traditions and Islam makes the village more interesting for tourists, in fact. What about the history? The fact is Sade has been visited by tourists since 1975. Also, the local government has considered it as a “Desa Wisata” (a local settlement for tourism) since 1989.

Spending one or two days in Sade Village is worth an experience in Indonesia. Have no worries. Several accommodations are available near to the site. As an alternative, tourists can rest in one of the villagers’ house for a night. Have no worries. It is free even though the condition of the house is not as good as a hotel room. The best thing is that tourists have an opportunity to try the local foods especially Taliwang Chicken.

How to Get There
The checkpoint is Mataram City of Indonesia. From the location, travelers need to spend about an hour for a trip to Pujut Sub-District. The distance is 43.5 km, after all. Once they see a welcome board of the village, they can start exploring the area or meet the locals.