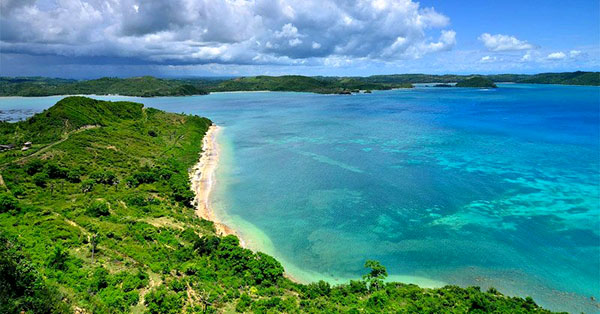 Located near to Bali Island, Mandalika is chosen as the next hidden gem of Indonesia tourism. It belongs to West Nusa Tenggara Province and has attracted lots of tourists over time. Consisting of beautiful beaches and lush hills, it becomes a nice place to enjoy nature and find peace. Even the government has provided various facilities and accommodations to support those who visit the site. No wonder, several resorts can be found there, offering a comfortable place to stay when visiting Mandalika. Not to mention some couples choose it as their honeymoon site.

The Nuance
As mentioned before, Mandalika has the best features which are the beaches. The crystal clear sea water and the breezy wind never fail to satisfy those who visit those coastal areas. In fact, there is a resort operating in that area so tourists can rent it for numerous purposes like a honeymoon, family vacation, etc. In the back, hundreds of trees and a majestic hill are seen clearly. Somehow, they create a peaceful atmosphere there. In terms of nuance, it is a bit similar to that of Nusa Dua Bali!

Exploring Mandalika
In a nutshell, Mandalika is a good nature sanctuary and a great place to get closer to nature. Many tourists come to the site to enjoy its beauty and learn a bit of Lombok culture. According to legend, the name Mandalika derives from a beautiful princess of Sasak Tribe. No wonder, lots of princes would like to marry her despite her indecisiveness. As she didn’t want to hurt any man’s heart, she decided to plunge into the sea. At the time, tons of sea worms appeared miraculously.

The best thing to do in Mandalika is exploring its beaches, including Tanjung Aan, Seger, Gerupuk, and Serenting. All of those beaches are indeed amusing, featuring flawless sea scenery and excellent waves. It is safe to say that they share similar characteristics to each other. The thing is only some of them are suitable for surfing. For instance, there is Ubrug Beach which becomes surfers’ favorite spot to enjoy the hobby. For those who don’t like surfing, they can come to other beaches that have calmer waves and softer sand.

Mandalika is not only famous for its nature beauty, but it also offers an interesting culture to learn. The most famous one is called Bau Nyale Festival, which is a merry local event done regularly on a particular day. Even tourists are allowed to join it and enjoy the festival with the locals. So, what is it about? People who live in Mandalika would gather in a specific land and hunt earthworms. It is said those worms have been there since hundreds of years ago and the locals consider them sacred and blissful.

How to Get There
The first checkpoint is in Mataram City and it can be done either by plane or ferry from Bali Island. Once travelers get there, the next destination is Mandalika Bus Station. From there, they can take a minibus to nearby tourist spots which take about 1 hour. Make sure to carry some money to rent a hotel room, though.